This year’s inspection caused several changes for Wulongshan. Due to a number of misunderstandings between the producer and the control body, the marketing of this year's harvest of some areas as organic goods was prohibited, one of the plots was even downgraded to first year of conversion. The current development status is documented on our page Wulongshan development.

On the initiative of Fairbiotea, in view of the new EU organic regulation 2018/848, the control body CERES reviewed and adjusted their processes. For example, new methods of measuring the cultivation area using Google Maps were applied. Furthermore, a test harvest including primary processing was supervised by several inspectors in order to obtain reliable harvest quantities. These new methods still need further improvement, at this point they are still not working completely satisfying. Here, the third country control body has to take responsibility to develop reliable methods. 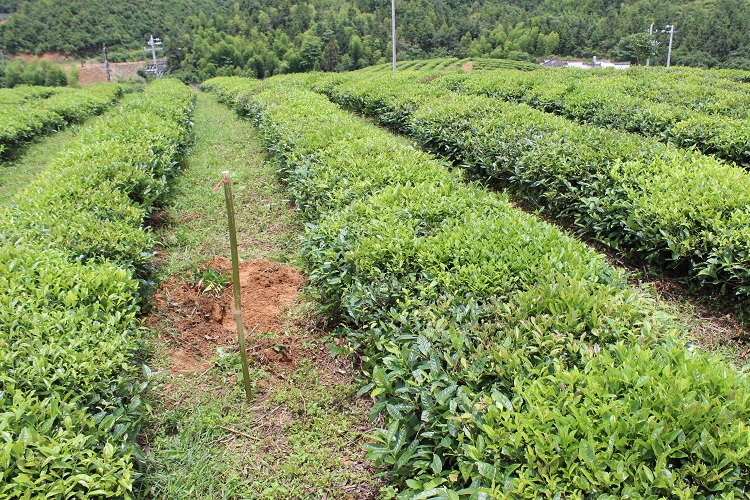 Traceability will play a major role in future. Above described measures were meant to obtain secure numbers for harvest quantities of different plots. A completely different way, namely the verification of origin by means of isotope and element analysis, is pursued by a research project, which is supported by Fairbiotea. Background of this project is the fact that isotopes and elements which are contained in the soil and the underlying rocks leave a measurable signature in plant material. If these signatures are compared to data from soil and rock samples, it’s possible to tell fairly accurate whether a plant had grown on this ground or not. This applies also to dried tea leaves.

2018 Fairbiotea has accompanied a scientist to three of our partner farms, collecting there samples of the soil, rocks and tea leaves. In Wulongshan such a sampling was also conducted at several plots. The project is now waiting for the allocation of public research funds. 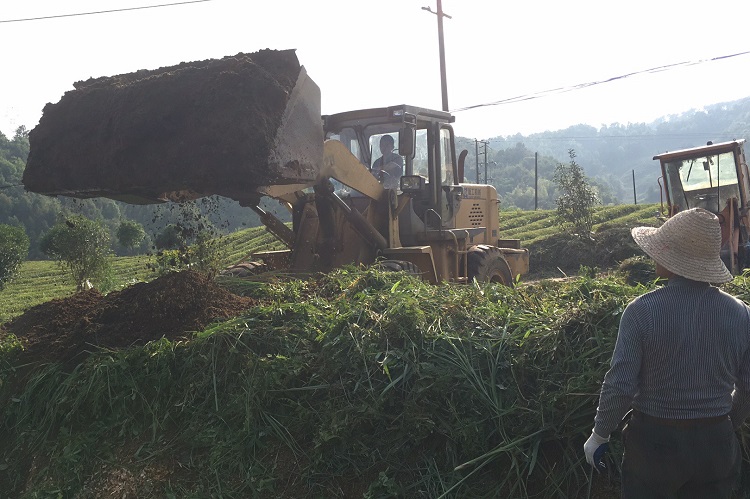 A very encouraging message from Wulongshan is the construction of their first compost pile in June 2019. The areas available for tea cultivation in Wulongshan are not sufficient to harvest enough biomass for compost production. In addition, there are currently only a few animals in the tea plantation. That is why they had to buy biomass and dung for their first compost pile from exterior sources. For heaping up and turning the pile Wulongshan rented a frontloader. 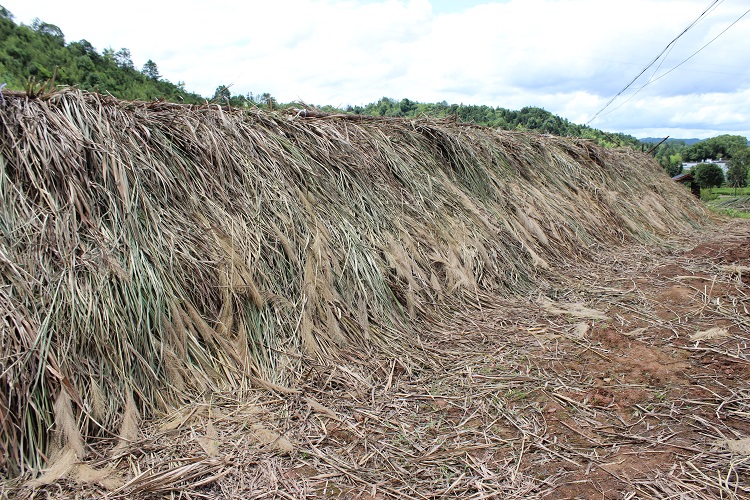 Expensive special-purpose machines are still missing, also a suitable semi-permeable foil to cover the compost protecting it against rain und too much moisture. For this purpose Wulongshan constructed a kind of straw roof on a rack above the pile.