The tea garden Qingshan (agriculture and preprocessing) and the operating company Chenzhou-Jietan (management and processing) are located in the Chinese province of Hunan in the administrative district of Yuanling. The final processing is done in the factory of Guzhang Organic Tea Industry Co. Ltd..

The tea garden is situated on a peninsula in the middle of a water reservoir. People can reach the island by ferry. Most goods are also transported via ferryboat. With the support of Fairbiotea, a street has been completed in 2013, whereby the peninsula is now accessible, too.

There are about 200 farm households on the Qingshan peninsula, 65 of which are located directly in Qingshan tea garden. 49 of these households have received a gratuitous, lifelong right of use, a kind of long-term lease, from the state for a small area of the tea garden, which is inherited within the family. In the higher parts of the peninsula, there are two villages, Yubuxi and Chakoutan. Altogether, there live about 370 people on the peninsula, mostly elderly people.

Traditionally, up to three generations used to live together under the same roof: the grandparents, one to two married couples and with them one or two kids.

After China’s great economic success, the situation in the countryside changed dramatically. Today hardly any young people live in the tea garden. These mostly live and work in the cities, where they can find better earning opportunities.

Now predominantly the grandparents with their grandchildren live on the peninsula. The grandparents grow vegetables, go fishing and keep one to two pigs for private sustenance. Many receive financial support from their children living in the city. The few people of working age work in nearby companies.

Since there is no school in Qingshan, the children attend nearby schools. There are primary schools (1st to 6th grade) and two middle schools (7th to 9th grade) that are however not reachable daily for the children. The pupils spend their weekdays at the boarding school and go back home on the weekends. School is mandatory for nine years. During this time, school attendance is free of charge in public schools. If boarding school accommodation is necessary, the parents must pay for board and lodging. Kindergartens and further schooling post-9th grade must be financed by the parents.

All 49 households with state-guaranteed lifelong rights of use have decided in 2005 to lease their tea acreage to the tea producer Chenzhou-Jietan in exchange for a rental fee and to assign the management and operation of the cultivated areas to the company. That way, a professional quality management and the implementation of EU regulations for organic farming are possible. 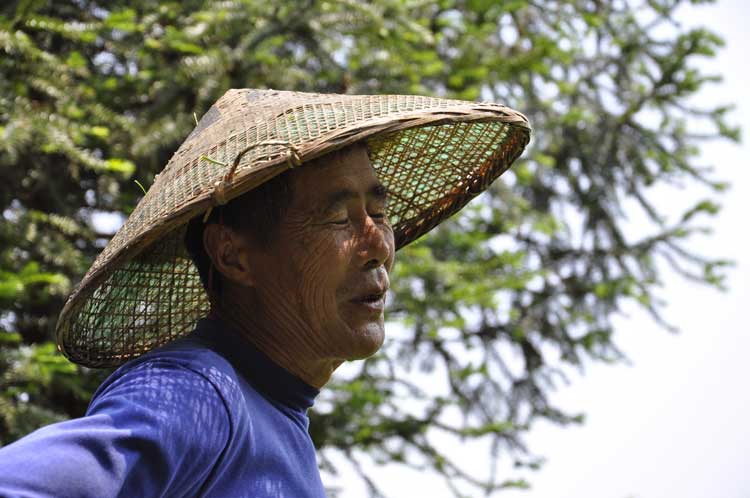 For the former small farmers, the leasing has various advantages. Independent small farmers have little legal protection in China and are often exploited by the managers who buy their goods. The income that the former peasants earn as employees of Chenzhou-Jietan is significantly higher than the income they can gain as independent small-scale farmers. The income of a self-employed small farmer in tea agriculture is often only 20 percent of what he receives as an employee of a tea producer.

At present, about 70 people from the residential environment of the tea garden work for the company Chenzhou-Jietan with a temporary or permanent employment contract. They work in the cultivation, in the harvesting and in the tea processing in the preprocessing factory or in the final processing factory. Chinese companies are obliged to provide an employment contract to all employees. The Chinese labour law also guarantees a minimum wage as well as a statutory health, pension and accident insurance. The current minimum wage in China is around 130 to 270 euros per month, depending on the region (in Hunan Province around 130 to 170 euros). Qualified permanent workers in the tea processing factories often receive the three to fourfold of the minimum wage.

The other approximately 300 inhabitants of the peninsula work for other companies in the area or as seasonal workers or are no longer able to work due to their advanced age and/or health problems.

Meanwhile, as in Europe, there are also temporary employment agencies in China, that place personnel in companies. During the high season, Chenzhou-Jietan has significantly increased labour demand in the agricultural management, the tea harvesting and in the tea processing. The additionally required labour force is recruited from the surrounding area or through these temporary employment agencies. Like all other companies, these agencies have to comply with Chinese labour law and are compelled to pay the legal minimum wage.

Both the long-term and seasonal workers have significant advantages compared to those working as independent peasants.

The Chinese labour law and the Chinese minimum wages are exemplary for other tea-producing countries. Unfortunately, these standards only apply to plantation enterprises (so-called company farms) such as the Qingshan tea garden and the company Chenzhou-Jietan as tenant and operator of the tea garden. Plantation enterprises are obliged to issue a regular employment contract to all their employees.

Sadly, the many self-employed small farmers in the tea agriculture, who are not part of a company, do not benefit from the Chinese labour regulations and from the legal minimum wages. They are mostly exploited by those dealers who take their tea. The majority of the tea exported to Europe comes from these oppressed pseudo-independent peasants, because only through exploitation prices can be kept as low as they are expected in Europe. The small farmers often earn less than 50 euros per month, which is a significantly lower income than the one of an employee in a plantation enterprise such as the Qingshan tea garden and the Chenzhou-Jietan company.

Social standards of the Chinese labour law, which also apply to Qingshan tea garden and the Chenzhou-Jietan factories 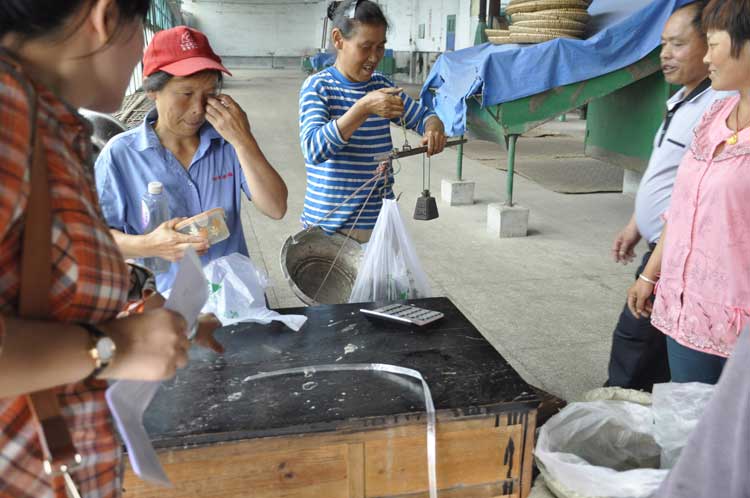 The employees of the Qingshan tea garden did not make any use of this right, which is why there is no employee representative council there.