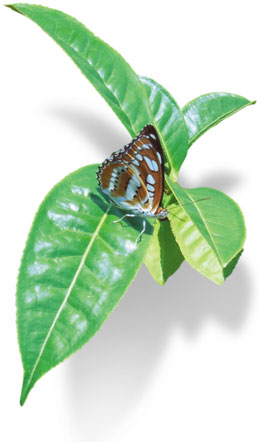 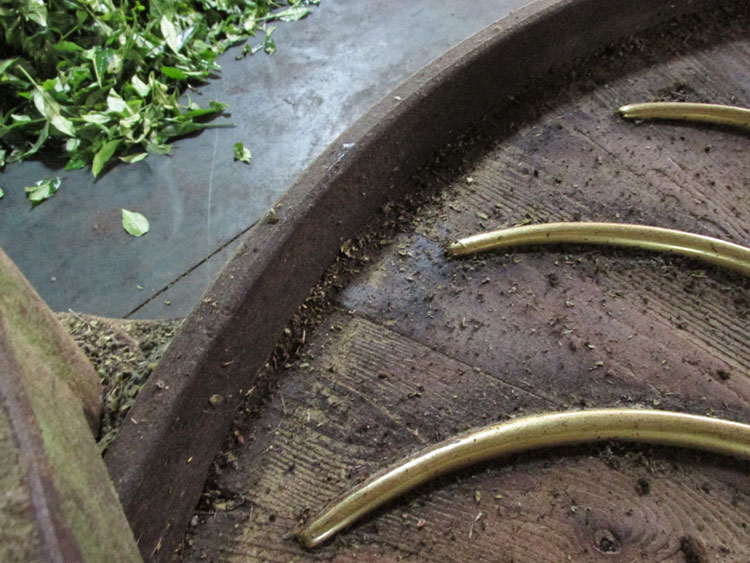 What are the problems in the practical implementation of organic production?

Why doesn't the EU control system offer an adequate security?

In 1991 the European Commission enacted a regulation for organic agriculture. The goal was to protect the consumers from fraud with organic products that do not come from organic production, but are sold as if they were.

The regulation is binding for all companies that cultivate, process, certify or market organic products. It prescribes minimum ecological standards, which are unfortunately not sufficient to guarantee organic security in countries outside Europe.

This applies in particular when producers, processors and control bodies do not possess a lot of basic knowledge about organic agriculture or quality management, as it is often the case in developing countries.

The EU law is complicated and scarcely understandable even for people concerned within the EU. For the people in other producing countries, language barriers often complicate the matter to the effect that the regulation is not understood by many of the involved parties. 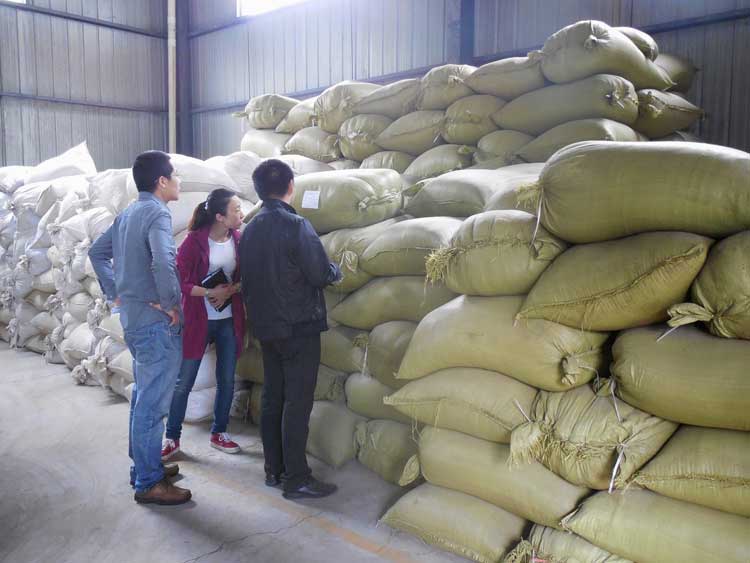 The existing EU regulation and the therein bureaucratically fixed control system have been repeatedly ameliorated and developed over the years.

However, it is clear that the system does not work effectively in practice and therefore the goal to protect the consumers from fraud when buying organic products is not yet adequately achieved.

A fundamental part of the organic control system is the accreditation of private owned control bodies. These accreditations are issued by the respective competent authorities of the EU.

The private control bodies in turn are controlled by private accreditation bodies, which define the bureaucratic control standards and verify the compliance of the control bodies with these standards. There is neither a professional verification whether the practical control contents are suitable for the agriculture and production, nor is there a professional vocational training of the inspectors. 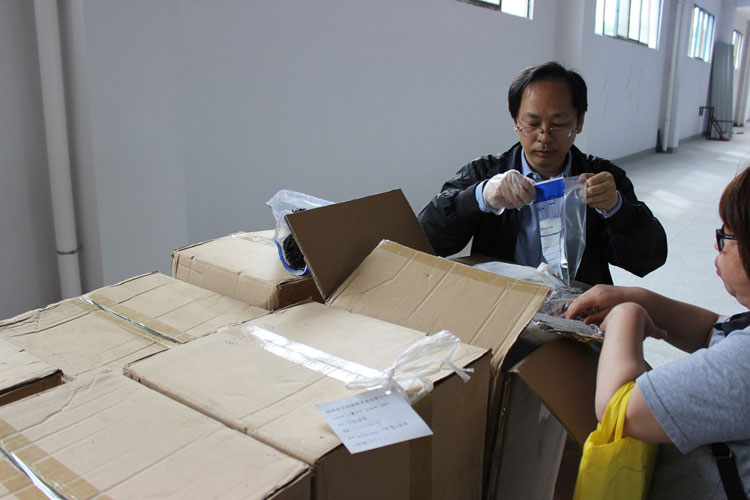 The organic controls concentrate less on the practical agricultural work or the practical processing of organic products and more on the verification of the documentation.

How good or how bad the control bodies do their work of controlling the actual organic agriculture and  production processes in the tea gardens and factories outside Europe is scarcely controlled by a third party.

All companies that produce, process or trade organic products must be checked by a private control body once a year with regards to the compliance with the EU organic regulation. This concerns also all businesses outside Europe. One single inspection per year, which lasts just a few hours, cannot be sufficient to expose violations against organic agriculture and prevent intentions to defraud.

Organic control bodies are private companies that compete with other control bodies and therefore have their own economic interests. For competitive reasons, these companies have to pursue the inspections in the most cost-effective way and limit their inspection activities to an “economically compatible” level. This goes clearly at the expenses of the quality of the inspections and of the organic quality and organic security. 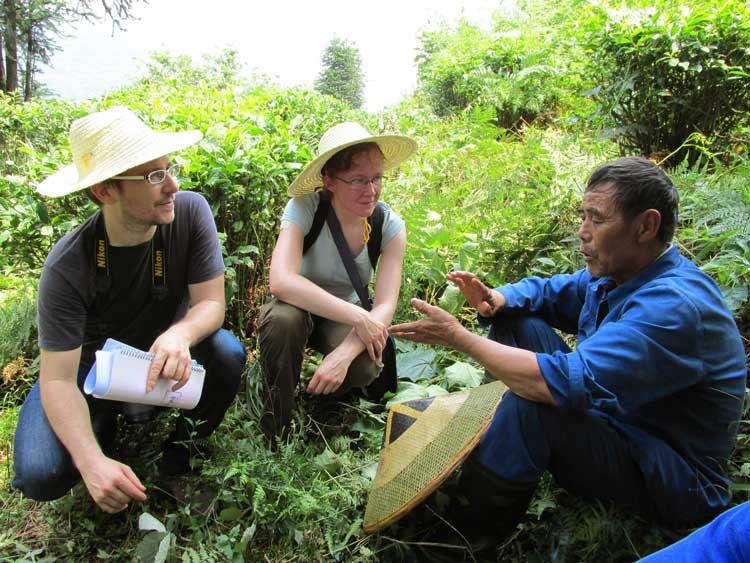 The EU law prescribes that companies cannot be advised by the control bodies. We consider this one of the most significant errors of the regulation, because in emerging countries there is often no organic organisation or association and little availability of consulting services for organic agriculture.

For the producert the inspectors of the control bodies are almost the only contact persons who have some knowledge about organic cultivation. How could smallholder farmers with little education and no knowledge of foreign languages know what the EU regulation states, if they do not receive any support from Europe? How should these farmers implement organic agriculture, if they do not know what it is?

Smallholders often have a hard time providing food for themselves and their families and therefore have other worries than to learn what organic cultivation means. Seldom they convert 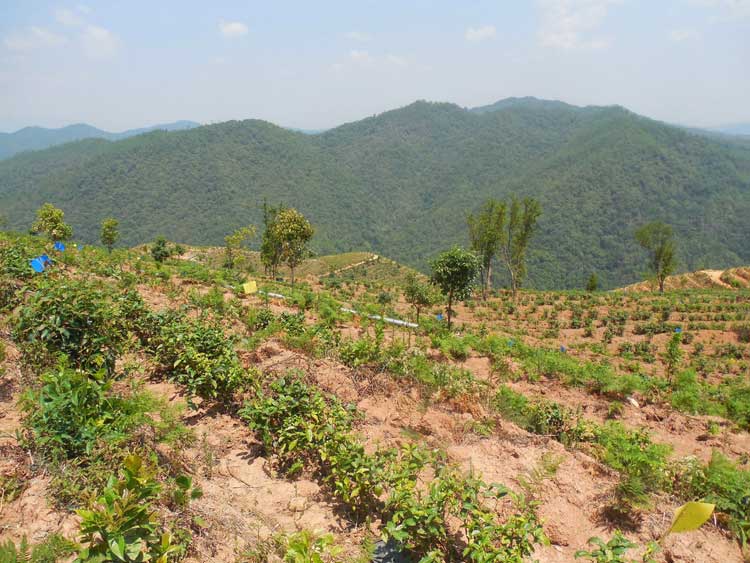 to organic agriculture out of conviction, but are more or less forced and exploited by local traders to satisfy the demands from the West. Despite the facts that there is scarce knowledge in the producing countries, no consulting takes place and no consulting possibilities exist, thousands of these producers are still certified by European control bodies worldwide.

Like that, the original goal of the EU regulation to safeguard consumers from organic fraud is not achieved. 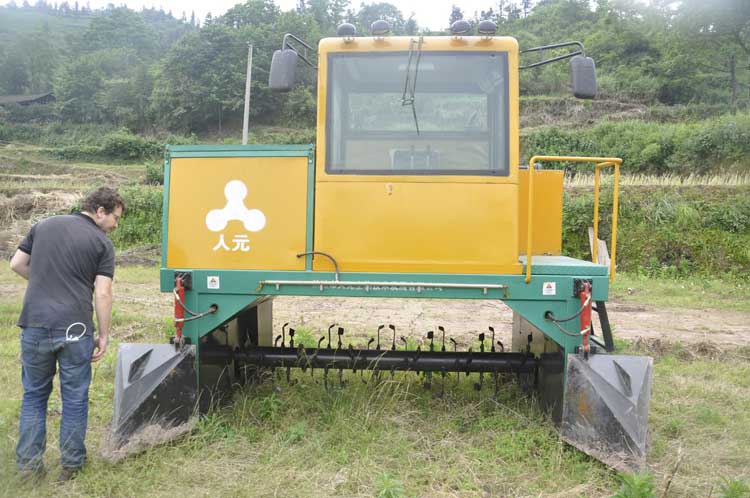 The production or acquisition of nutritious organic compost and its application on the field is not regulated by EU laws. Therefore, there is often no useful natural fertilisation of the agricultural area. A lack of nutrition, however, inevitably causes sicknesses of the plants and bad harvests. 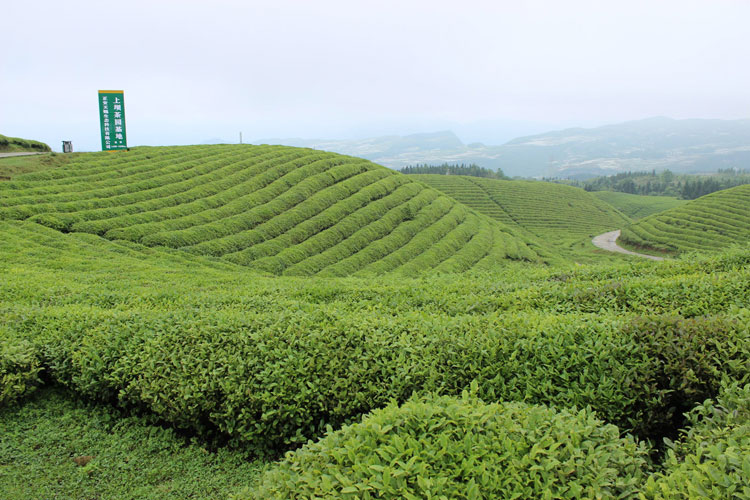 In organic tea cultivation one can often see plant diseases, which are mostly caused be nutrient deficiency due to the missing application of high-quality organic fertiliser (compost). Out of necessity and lacking knowledge about organic agriculture, these diseases are then often treated with chemical pesticides. Although there are mostly natural treatments available, they are not used either because the farmers do not know them or because they are too expensive.

Direct or indirect contaminations of the organic cultivated agricultural land and contaminations by environmental chemicals deriving from the general environmental pollution during processing are diverse and can be monitored and minimised only to a limited extent. The way of dealing with such contaminations is poorly regulated within the EU regulation on organic products, in the regulation on maximum levels for certain contaminants in foodstuffs and the regulation on maximum levels for pesticide residues in human food. The laws often base on false assumptions which substances end up in the product as prohibited protection products and which as the result of allowed environmental contaminations. The substances can be identical in their chemical composition and thus it is impossible to clearly refer to one or the other regulation.

Parallel production, i.e. the simultaneous production of conventional and organic tea, can hardly be controlled, but is still allowed by the EU regulation.

These chemical substances often contaminate the organic cultivated area, e.g. through wind drift or through the use of tools and materials that have been inevitably contaminated while being used in the conventional agriculture.

Further sources of contamination are the tea processing factories, in which hundreds of smallholders and seasonal workers deliver each day small quantities of freshly plucked tea leaves. Facing the sheer number of the suppliers, it is nearly impossible to control where all these tea leaves have been plucked. Do these leaves come from conventional or from organic agriculture? As this is not determinable, there is inevitably a mingling in the processing. Certified organic tea is mixed with conventional tea and thus contaminated by pesticide residues. 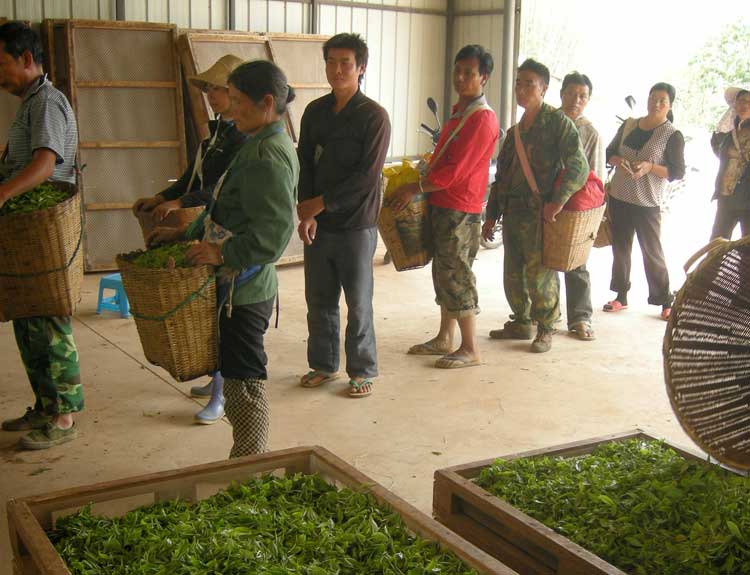 These problems can only be tackled long-lasting by the general abandonment of parallel production and the consequential conversion of the complete agricultural area to organic cultivation. Nonetheless, the EU regulation does not rule out parallel production.

This is a contradiction in the European law: deliberate contamination is forbidden, but causes of contamination (e.g. parallel production) are allowed. In addition, the mixing of organic tea with conventional tea is prohibited, even if no chemical pesticide residues can be detected in the conventional tea by laboratory analysis. But how can this be guaranteed under such circumstances?

A further deficiency of the EU regulation is that it doesn’t prescribe any measures for quality assurance through which these risks could be monitored.

Production and development costs in sustainable organic tea cultivation face a big discrepancy with the general market and consumer prices in Europe. 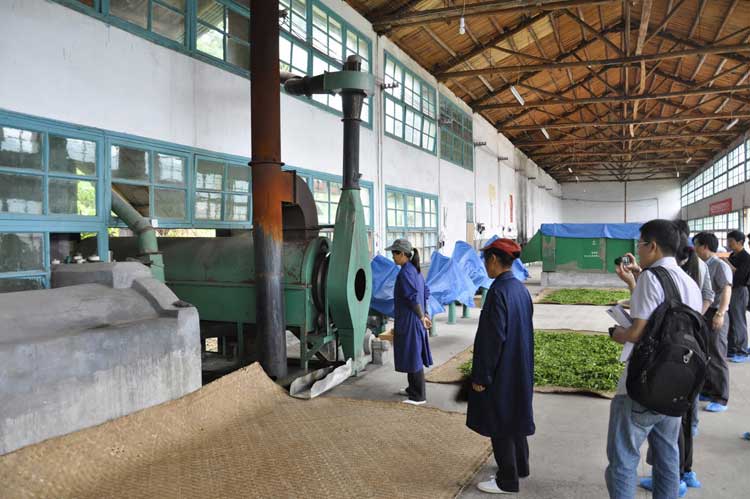 The prices that the smallholders can realise for their organic tea are too low to secure their livelihood, like it is the case for almost all agricultural products of development countries.

The income of independent small tea farmers lies normally between 1 and 2 euros per day. Even in the poorest regions of the world, one cannot make a living alone with this income. The market generally doesn’t care about this.

In the various tea producing countries, there are different laws and very diverse social benefits. Smallholders often have no rights whatsoever. In many developing countries there is no labour law for employed farm workers. China has an exemplary labour law which includes minimum wage regulations similar to European models. However, this only applies to temporary or permanent workers who concluded a work contract with a company (e.g. the tea producer). The companies are obliged to sign contracts for all workers and observe the statutory labour law. The very poor smallholders are considered as self-employed, why labour law, minimum wage and other social benefits doesn’t apply to them – like it is the case in the rest of the world.

Often the plantation operators as well as the smallholders lack the money to invest in sustainable organic agriculture and quality management, or the operating company has the justified apprehension that the investments will not pay off by higher export tea prices. This also inhibits a positive, sustainable and socio-ecological development.

To realise a sustainable ecological cultivation and fair processing of a product with social responsibility, it obviously requires professional knowledge and considerable financial investments. 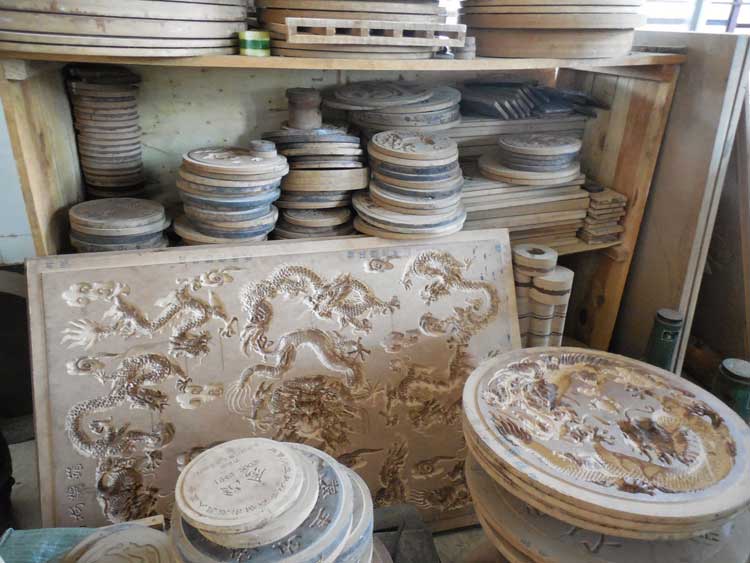 Given that there are very few consulting structures for organic agriculture in developing and emerging countries, as already mentioned, this can currently be accomplished only by supporting responsibly acting tea importers and traders. With their investments in the transfer of knowledge, production planning and their guarantees for stable purchase quantities at fixed prices, the social situation in the producing countries will eventually improve and the compensation for the extra work in organic cultivation will increase considerably.

The costs for the development of a tea plantation, the abandonment of parallel production, the acquisition of farm animals for the production of compost as well as the additional work of the farmers can realistically only be financed through higher tea prices respectively higher incomes.

These difficult circumstances are not paid attention to in the EU regulation or for the certification.

The marketing of high-quality organic tea at cost-effective prices is still in absolute contradiction to the cheap tea that is demanded in Europe currently. 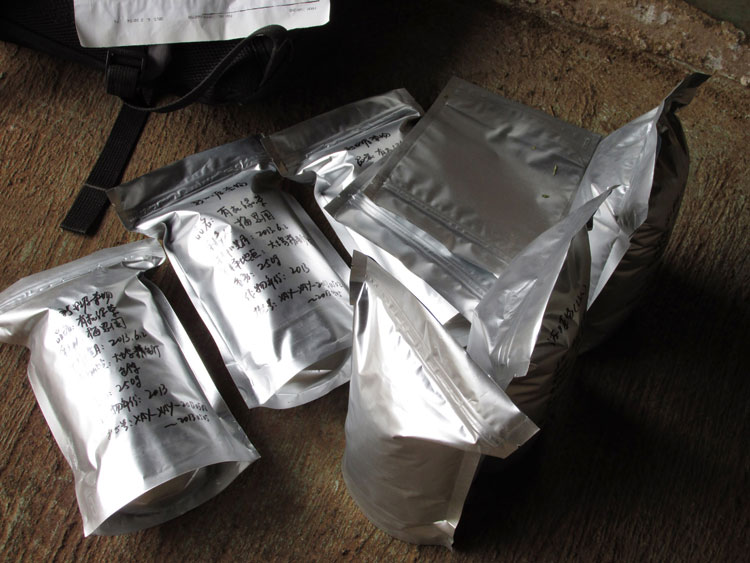 At the moment the European market accepts high prices only in exceptional cases, even when it comes to highest sustainable organic quality. Higher prices are however absolutely necessary to achieve a sustainable organic quality and a social development of the plantations. The marketing goals of the European market and the above mentioned deficiencies in the EU regulation pose the inevitable question, “is everything Bio, which is told to be Bio”?

The Fairbiotea system lays the foundation for a change of this market situation – however, only when responsible trade companies enforce and defend this quality philosophy at the very frontline of the market. Sales markets for organic tea can also only develop and grow if the decision makers incite and encourage the consumers to buy genuine organic products. 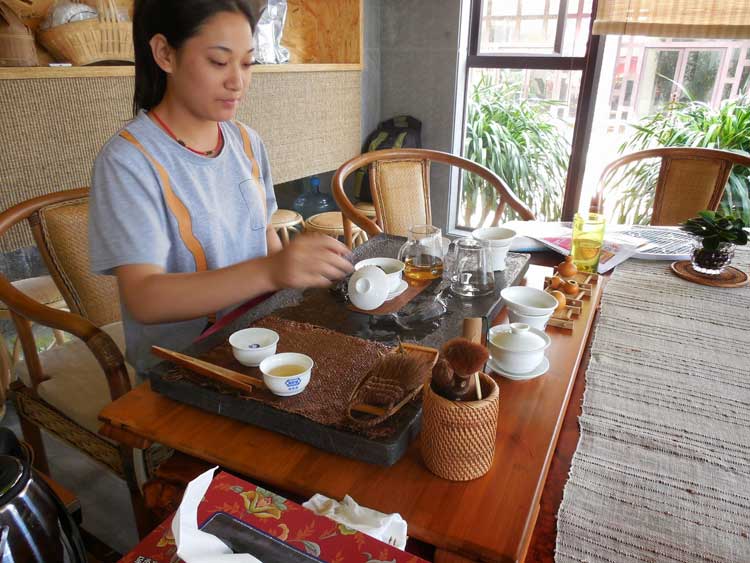 It is necessary to convey to the consumers that they must, and that they can pay the costs for healthy organic quality. Especially now, in the era of information, it is certainly possible to convince the consumers of the significance of sustainability and fair and social trade.

If the EU control system is not able to work effectively even after all these years and the ongoing bureaucratic processes need decades, one cannot rely on the authorities only.

For this reason, Fairbiotea and the development partnerships between importer, producers and third country control body have been created.

Besides all the critiques about the implementation of the control system and the quality of organic tea cultivation it must be mentioned that there are also several tea producers in the world who committed themselves to sustainable ecological tea cultivation without any support from abroad.

Especially in the last years, authorities, organic organisations, control bodies, trade organisations and trade companies have discussed intensively among each other about how to fundamentally improve the system and to preserve the authenticity of organic products.

The discussion led to the conclusion that only a committed cooperation between producers, control bodies and traders will bring forth good results within the respective organic projects.