NEWSLETTER – REPORT FROM THE FAIRBIOTEA PROJECTS - 11/2019 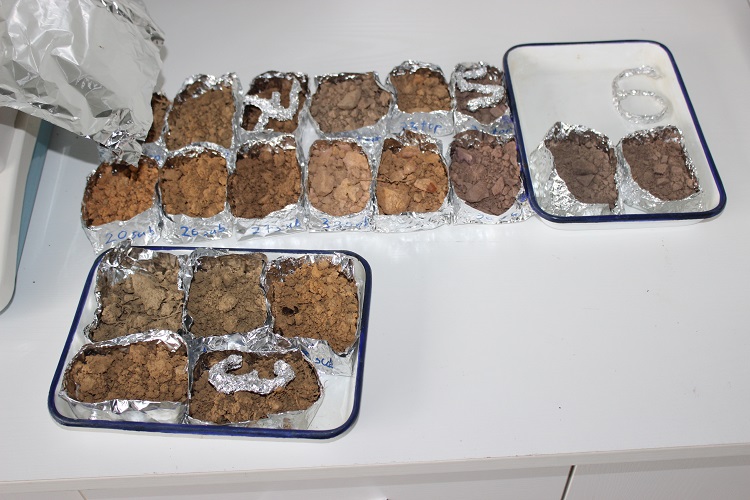 Traceability will play an increasingly important role in the future. A very special way, namely the proof of origin by means of isotope and element analysis, is a unique research project, which is supported by Fairbiotea.  The scientific foundation of this project is the fact that isotopes and elements contained in the soil and the rocks leave measurable signatures in plant material. If one compares these signatures with comparative data from soil and rock samples, it can be said with considerable accuracy whether a plant has grown at that place or not. This also applies to dried tea leaves.

In 2018, Fairbiotea accompanied a scientist to three of our farms, where she drew the first samples of soil, rock and tea leaves. The project is now waiting for the allocation of public research funds.

With the additional requirements laid down in the new organic regulation 2018/848, Fairbiotea devoted itself more extensively to the production of jasmine tea and visited the factories which do the scenting with fresh jasmine flowers for our Fairbiotea partners Dongzhai, Qingshan and Shangba. Since fresh jasmine flowers cannot be transported over a long distance, it is necessary that the processing plant is located directly in the area where jasmine blossoms are grown. And since only very fresh flowers are suitable for scenting, the tea must be transported to the place of jasmine cultivation. All of the above-mentioned factories are located in the largest jasmine growing area in China in Heng county, Guangxi province.

The controlled organic cultivation of jasmine flowers is extremely difficult and risky, and would lead to very high prices for organic jasmine tea. The use of conventional ingredients in organic products is according to the organic regulation permitted under specific conditions, and so conventionally grown flowers are used also for the production of organic jasmine tea. All visited processing plants are of course certified organic, because although the cultivation of the jasmine flowers is conventional, the processing of organic tea and the equipment must of course be checked and certified by a control body.

The processing companies must take great care to ensure that the tea is not contaminated with pesticides by the flowers. For most customers, residue values are essential, even though the product could be, from the legal point of view, perfectly labelled as organic. There are no separate MRLs for organic products, the same values apply for them as for conventional products, as long as cultivation and processing were done in compliance with the EU organic regulation. Minimisation measures will become even more important with the introduction of the new organic regulation 2021, which requests an investigation for every detection of a residue, whether there was a use of the pesticide in contradiction to the organic regulation. Therefore, everything is done to avoid or minimise residues in jasmine tea.

For this purpose, the above-mentioned factories have, for example, long-term contracts with the farms that supply the flowers. The use of pesticides is strictly limited to the exact specifications of the processing company in order to keep the pesticide exposure as low as possible.  The process of aromatization also differs from conventional tea. For organic tea, flowers and tea are separated from each other by a thin layer of cloth, a kind of gauze, so that they do not come into contact with each other. You can read more about the exact production process of jasmine tea on our tea production page. 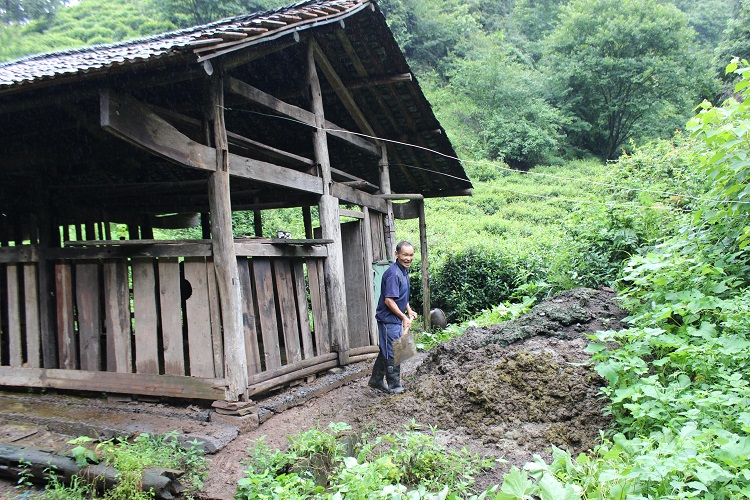 In 2018 as well, the wages for the compost managers and the cattle breeding have been paid by Fairbiotea. The herd of cattle now includes 11 animals, 2 of which are bulls.  Sufficient manure is produced for compost production.

Since the available area in Qingshan is limited, Fairbiotea is currently checking together with the producer whether an expansion is possible by converting other areas.

In 2018, as already reported above, Fairbiotea accompanied a scientist to three of our farms to draw first samples of soil, rock and tea leaves. In Qingshan such a sampling took place in several sections of the farm.

In 2019, the management of Chenzhou Jietan company realized that the construction of the modern final processing plant in Yuanling was a little too large-scaled and that total export revenues fell short of expectations. Low profits due to persistently low export prices remain a problem for China's tea industry.  Two of the three new factory buildings have been emptied completely already and are being rented out to other companies, the last remaining factory hall was still in operation in 2019, but is planned to be sold also. Sencha production will be dropped. The proposed new office building likewise will not be realized. In the future the final processing of the Qingshan teas will be carried out in a factory near the city of Changsha.

This year's inspection has revealed some change for Wulongshan.  Due to a number of misunderstandings between the producer and the control body, the marketing of this year's harvest of some areas as organic goods was prohibited, one of the plots was even downgraded to first year of conversion. We have documented the current state of development on our page Wulongshan - Development.

On the initiative of Fairbiotea in view of the new EU organic regulation 2018/848, the control body CERES reviewed and adjusted their processes. For example, new methods of measuring the cultivation area using Google Maps were applied. Furthermore, a test harvest including primary processing was supervised by several inspectors in order to obtain reliable harvest quantities. These new methods still need further improvement, at this point they are still not working completely satisfying. Here, the third country control body has to take responsibility to develop reliable methods.

In 2018, as already reported above, Fairbiotea accompanied a scientist to three of our farms to draw first samples of soil, rock and tea leaves. In Wulongshan such a sampling took place on several plots of the farm. 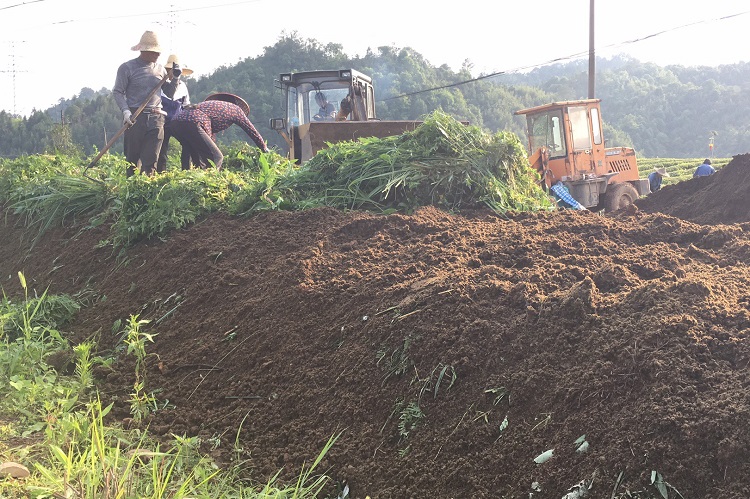 A very encouraging message from Wulongshan is the construction of their first compost pile in June 2019. The areas available for tea cultivation in Wulongshan are not sufficient to harvest enough biomass for compost production. In addition, there are currently only a few animals in the tea plantation. That is why they had to buy biomass and dung for their first compost pile from exterior sources. For heaping up and turning the pile Wulongshan rented a frontloader.

Expensive special-purpose machines are still missing, also a suitable semi-permeable foil to cover the compost protecting it against rain und too much moisture. For this purpose Wulongshan constructed a kind of straw roof on a rack above the pile.

Contrary to the agreement with Fairbiotea, the parent company of Shangba tea farm decided this year to change its control body. Nevertheless, CERES will again carry out a Fairbiotea inspection of Shangba tea farm for us this year and check all requirements for a Fairbiotea member. Since Shangba is an exemplary operation run by a large parent company, we assume that again all minimum requirements will be fully met. On Fairbiotea's pushing, however, Shangba has promised to return to CERES as certifier next year.

In 2018, as already reported above, Fairbiotea accompanied a scientist to three of our farms to draw first samples of soil, rock and tea leaves. In Shangba such a sampling took place in several sections of the farm. 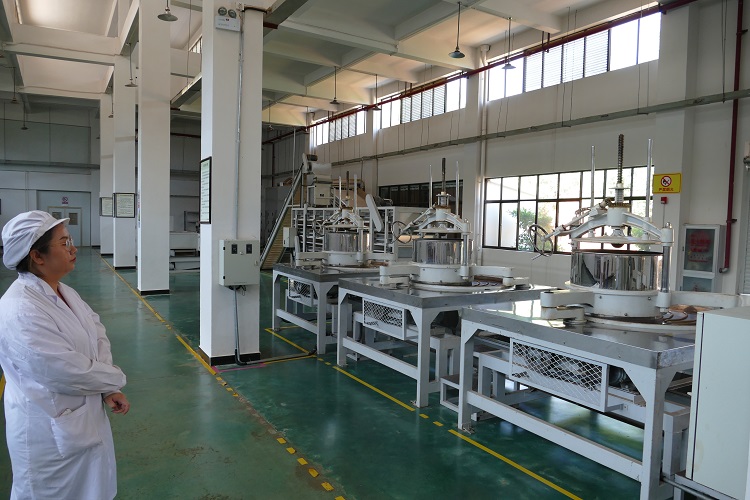 To comply with the requirements of the market, Dongzhai obtained 2018 now also the sustainability certifications according to UTZ and Rainforest Alliance.

A new tea factory was built in 2017 and was equipped with new, modern machines in the beginning of 2018.